The Fondle Tour is a three-person show presenting new work by Mitra Saboury*, Nina Sarnelle** and Megan Snowe*** in an intimate event of everyday erotica, humor and doubt. In Saboury's videos, her body is used as a tool to clean the surrounding environment. Sarnelle's Tell me about yr research is a language-driven music set that interacts with projected video. Snowe will read from a collection of soft-core raunch short stories about bodily detritus. 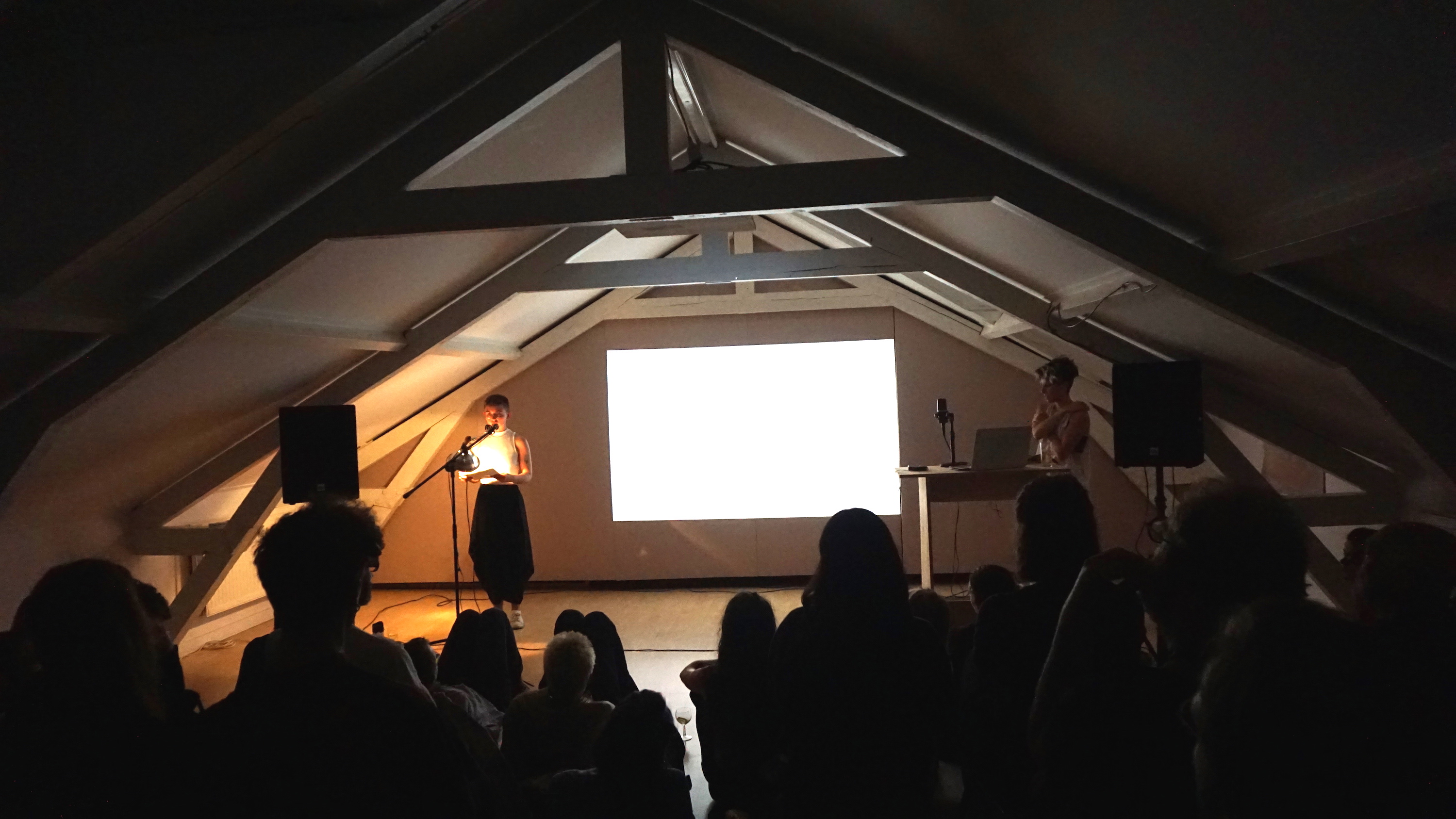 The Fondle Tour, at Marwan on June 14, 2018
thank you for coming!
*Mitra Saboury works with video, sculpture and performance, with a BS in neuroscience from the University of Pittsburgh (2010) and MFA from Goldsmiths, University of London (2013). Solo exhibitions include Out_Sight, Seoul; Grand Union, Birmingham; and Smart Objects, Los Angeles. Group exhibitions include UK City of Culture; and The London Open, Whitechapel Gallery. Saboury is one half of Meatwreck, a photographic collaboration with Derek Paul Jack Boyle. She currently lives and works in Los Angeles.